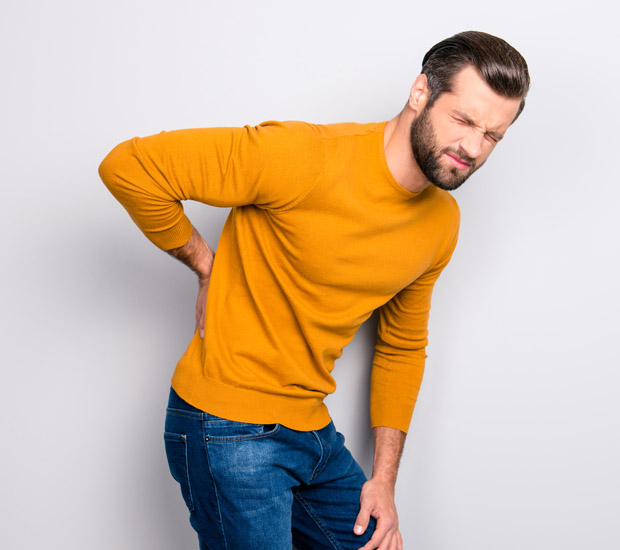 If an individual is suffering from back pain, numbness, or weakness in the arm or leg, they may have a herniated disc. A herniated disc is when part of the substance that makes up the disc’s center gets pushed into the spinal canal. This substance may not lead to any pain, or it can press on a spinal nerve, causing significant discomfort.

Herniated discs can happen in any part of the spine but are more common in the lower back or the neck. Herniated disc treatment is available at Better Pain Solutions in Albany and the surrounding area. Call us at (541) 249-7317 to schedule an appointment.

Most herniated discs are located in the lower back or neck. The symptoms can vary depending on where the location of the disc and whether or not it is pressing on a nerve. It can include pain in the buttocks, thigh, and calf if the disc is in the lower back. It can also include pain in the shoulder and arm if the disc is located in the neck. People can also experience numbness or tingling, weakness in the arms and legs, or no symptoms at all.

“A herniated disc, also called a slipped, ruptured, or bulging disc, is a common cause of neck, back, and leg pain.”

A herniated disc happens most often in people between the ages of 30 and 50. Men are also twice as likely to be affected as women. Over the years, discs gradually become less flexible and more susceptible to tearing or rupturing. This gradual wear and tear is called disc degeneration.

It is not always easy to pinpoint the cause of a herniated disc. Often, it is the result of lifting objects incorrectly or twisting while lifting a heavy item. Several factors can increase a person’s likelihood of suffering a herniated disc. They include:

“It is not always easy to pinpoint the cause of a herniated disc.”

Reasons to See a Chiropractor

At first, a herniated disc can be treated at home. However, it is time to see a chiropractor if any of the following occurs:

An untreated herniated disc can worsen, especially if the person continues any activities that may have initially caused it. People can experience chronic pain as well as loss of control or sensation in the area affected. A chiropractor will confirm the diagnosis of a herniated disc and develop a customized treatment plan.

“An untreated herniated disc can worsen, especially if the person continues any activities that may have initially caused it.”

The chiropractor can use a variety of exams, imaging, and testing to help diagnose a herniated disc. First, a physical exam will get conducted. The chiropractor will check the patient’s entire spine and neck for areas of pain. The patient may also get asked to lie flat and move their legs into various positions to help determine the source of the pain. Additional exams can test the patient’s reflexes, muscle strength, and ability to feel certain sensations.

Additional tests may assist with a diagnosis. An X-ray alone cannot detect a herniated disc. However, it can rule out other causes of back pain. An MRI can be used to confirm the location of the herniated disc and show which nerves are being affected.

“The chiropractor can use a variety of exams, imaging, and testing to help diagnose a herniated disc..”

Since treatment is not one-size-fits-all, each patient will receive a customized plan to address their herniated disc symptoms. It can include spinal manipulations and other techniques designed to provide relief. The specific plan will address a patient’s pain level, activity, and overall health. Some patients may need a combination of treatments to effectively address a herniated disc.

One chiropractic technique often used involves spinal adjustment. This is when the spine is moved gently in certain directions to help ease a herniated disc back into its normal position. Spinal adjustment helps to eliminate nerve compression, restore flexibility, and reduce pain. Electrical muscle stimulation or EMS has also been shown to be effective. EMS can reduce pain and eliminate the symptoms of a herniated disc in some patients. Therapeutic exercises also strengthen the back, improve blood flow to the spine, and encourage healing.

“Since treatment is not a one-size-fits-all, each patient will receive a customized plan to address their herniated disc symptoms.”

Chiropractic treatment for a herniated disc is non-invasive and long-lasting. If a person is suffering from lower back pain, a chiropractor can help diagnose the problem and create an effective treatment plan. They should call Better Pain Solutions at (541) 249-7317 to schedule an appointment.

Questions Answered on This Page

Q. What is a herniated disc?

Q. What are some of the risk factors of a herniated disc?

Q. When should I see a chiropractor for a herniated disc?

Q. How is a herniated disc diagnosed?

Q. What are some treatment options for herniated discs?

A. Often, a herniated disc doesn’t cause any pain. However, if the disc is pressing on a nerve, it can lead to back, neck, and leg pain. If this pain is interfering with daily life, it’s time to see the chiropractor for treatment.

Q. Do I need surgery to fix a herniated disc?

A. Surgery should be one of the last options considered for treating a herniated disc. Chiropractic care is non-invasive and can often provide relief without surgery. Our staff will help create a personalized treatment plan to help relieve the symptoms.

Q. How can I prevent a herniated disc?

A. When lifting heavy items, use the proper technique to reduce the chances of suffering a herniated disc. A chiropractor can teach patients stretches and exercises that can strengthen the muscles supporting the spine. Regular adjustments can also address any misalignments that may put patients at higher risk for a herniated disc.

Q. How common are herniated discs?

A. Herniated discs are very common, particularly since many people don’t have any symptoms. Some patients can have several herniated discs without feeling any pain. Regular chiropractic care can help identify these issues before they get worse.

Q. How long will it take to heal?

A. Treatment time will vary from person to person. It often takes several chiropractic visits to experience consistent pain relief. Depending on the severity of the condition, healing time can take several months or longer.

Back pain
A common medical problem that affects eight out of 10 people at some point.
Chiropractor
A practitioner of the system of integrative medicine based on the diagnosis and manipulative treatment of misalignments of the joints.
Diagnosis
The process of identifying a condition from its symptoms.
Disc degeneration
Also known as degenerative disc disease. A condition in which the disc becomes damaged either naturally or through a twisting injury.
Herniated disc
A condition in which a rubber-like disc slips out in between two spinal bones.
Intervertebral disc
A protective, shock-absorbing buffer between each of the vertebra in the spinal column. They also protect nerves that run down the middle of the spine.
Numbness
A loss of sensation or feeling.
Physical examination
A routine test a primary care doctor performs to check a person’s overall health.
Sedentary lifestyle
An inactive lifestyle in which the person partakes in little to no physical activity.
Spinal adjustment
Also known as a chiropractic adjustment. A common method chiropractors use to treat neck and back pain with thrusts of varying speed and forces. 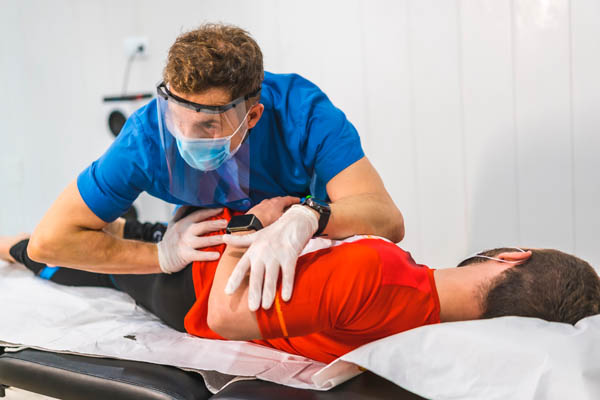 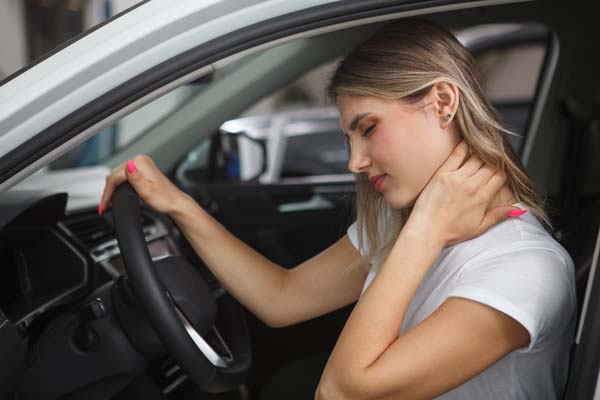 How Soon Should I Go To A Chiropractor After An Auto Injury?

Auto injury treatment results from road collisions, which cannot be avoided. With everything that goes on immediately afterward, it is important to remember that health is the number one factor to consider. Subsequently, it is important to receive prompt medical treatment for any immediate injuries and visit the chiropractor within a few days to deal…

When Is Back Pain Treatment Necessary?

Looking into back pain treatment options? Chiropractors are the go-to health care professionals for treating back pain. When it comes to the type of treatment one needs, it depends on the reason they are experiencing their back pain.Back pain can be quite debilitating, making it so those who are living with back pain may or… 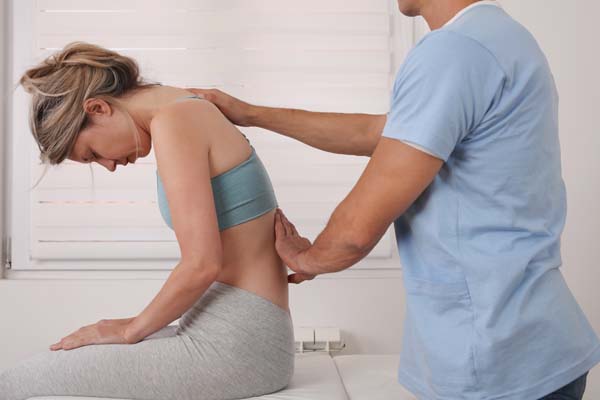 How Spinal Decompression Can Help Your Back

Spinal decompression helps relieve back discomfort related to a bulging or herniated disc, sciatica, worn-down spinal joints, and a range of other more common spinal-related issues. Spinal decompression may be used along with other treatment options to improve overall health and wellness, especially as it relates to relieving discomfort related to the spine. It is helpful… 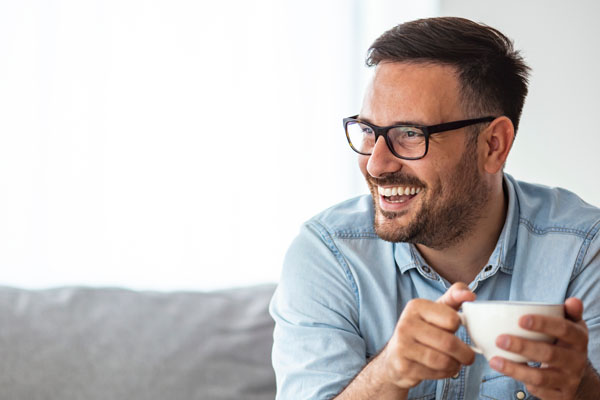 We are committed to providing quality service to residents located In the Albany, OR area. Our website has additional information about the following topics: Chiropractor, Chiropractor Near Me, Back Injury Treatment, Pain Management, Knee Pain Treatment, Car Accident Treatment, Bulging Disk Treatment and Pinched Nerve Treatment.At Better Pain Solutions, we encourage patients to take control…